SAVE THE KOALAS NOW 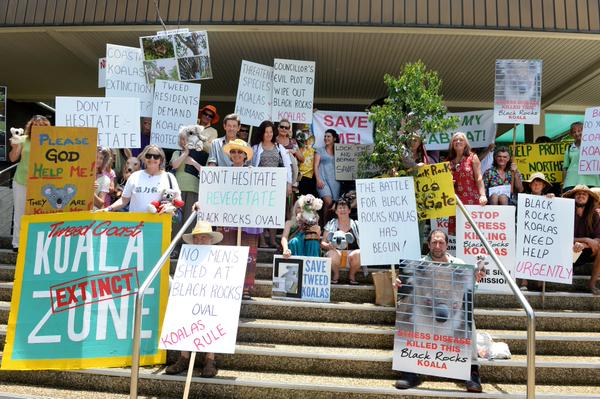 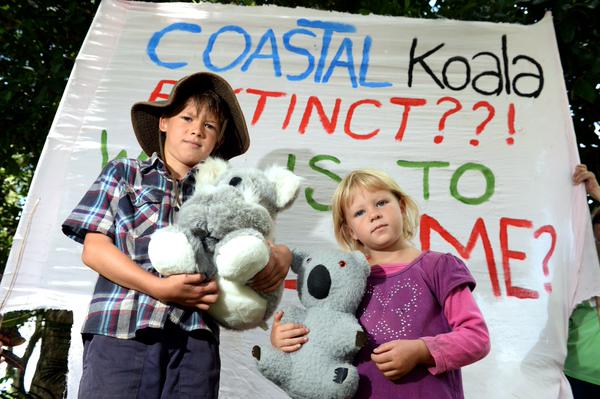 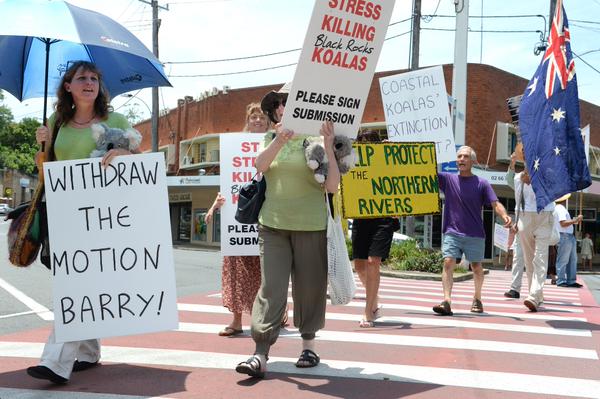 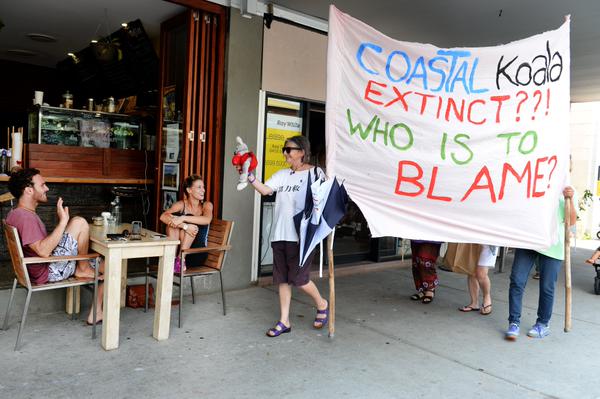 Hello lovers of nature,
We have a problem. The Tweed Shire Council last week voted to support Clr Barry Longland’s motion to remove the gate separating the nature reserve from the Black Rocks – by – the -Sea housing development and replace it with a grid. A motion to postpone this pending staff advice on how this would effect the wildlife corridor was refused by the pro-developer faction with Barry’s support 4 -3.
The effect is likely to be increased pressure on wildlife from hoons in vehicles and people unwisely letting their dogs loose in the reserve.
A sport field has been established in the reserve and the vehicle gate locked at night which is common practice with many Council fields and facilities. Access has been available 24/7 by pedestrian gate.
? Is it possible that some Councillors have been deceived by people who secretly want to get rid of koalas and other vulnerable/endangered species which impede their relentless push for greater profit?
State and Federal programs have been announced to protect and expand the wildlife corridors in our region which may explain the unseemly haste in the move to remove the vehicle gate.
The Black Rocks koalas are extremely vulnerable following the recent very-suspicious fire which burned out much of their habitat.

The endangered population of Tweed coastal koalas needs our help. Please tell your friends to come to the Council steps in Murwillumbahat 3 PM on Thursday 6th August to show we care before Council votes to establish a Men’s Shed in the middle of the koalas depleted territory. Pottsville Mens Shed has been offered alternative location but a few stubborn fellows are refusing that option.
We will have some placards ready , or make your own. Please get there if you can : an hour of your life may allow these furry friends to survive.

THIS PROTEST CANCELLED FOR NOW!